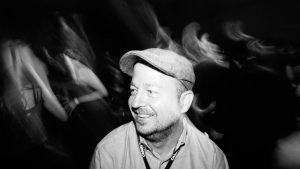 My name is Mark Davies and I’m a CG Supervisor at Nexus Productions, where I’ve worked full time since 2007.  My job entails being involved in projects from the first pitch and initial scheduling through to delivery of the final frames.  This involves working with directors, producers, freelance artists, agencies and clients to get the job done.  I also work with the rest of the Nexus studio team to keep things organized, and to recruit the next generation of talent for the studio.

Before Nexus I was a freelance animator working at such studios as Realise, The Jim Henson Creature Shop, Picasso Pictures, Blue-Zoo and (of course…) Nexus Productions.  Before THAT I lived in Toronto where I worked as an animator on the television shows Monster by Mistake & Sittings Ducks, and the straight to video project 3-2-1 Penguins!